Each April, my family lights it up blue at my house for Autism Awareness Month.  Last week marked my third year volunteering for Autism Speaks’ Annual Walk Now at the Pasadena Rose Bowl!  You may remember me posting when the Walk came to Orange County, and it is a wonderful event for the advancement of the Autism Spectrum Disorder.

Last year, Daniela and I worked the A. Speaks step and repeat and Team Walk4RoyalT assembled for the first time!  Unfortunately, the team has decided to regroup for Orange County Walks, in the interest of my amazing family who comes from all over Southern California.  Daniela was also working, so I was a one-woman show this year. 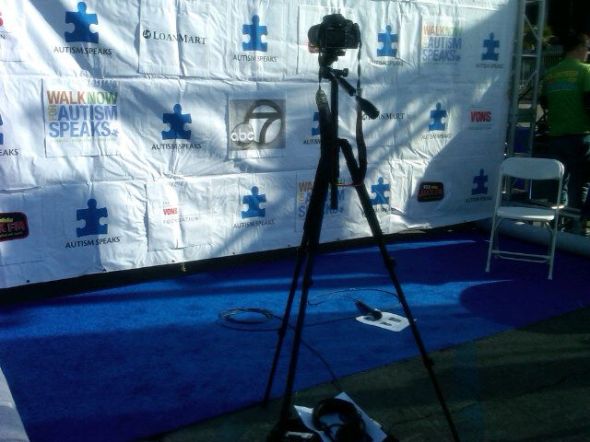 On the bright side, I got to witness Autism Speaks’ first ever U-Stream being produced and broadcast for the event!  I also got to speak with so many great people on the blue carpet.

After Boyz II Men’s Shawn performed the national anthem during the opening ceremony, the Stockman Family told me about Micah’s Voice– the non-profit organization that they just started to support families in need who are affected by autism.

The fabulous Diane Kruger also attended the Walk to show her support for autism.  She told me that she plays a detective with Asperger’s syndrome in her new FX series, The Bridge.  Autism Speaks has partnered with the TV show, which premieres this summer, to help portray the disorder in a more accurate light. 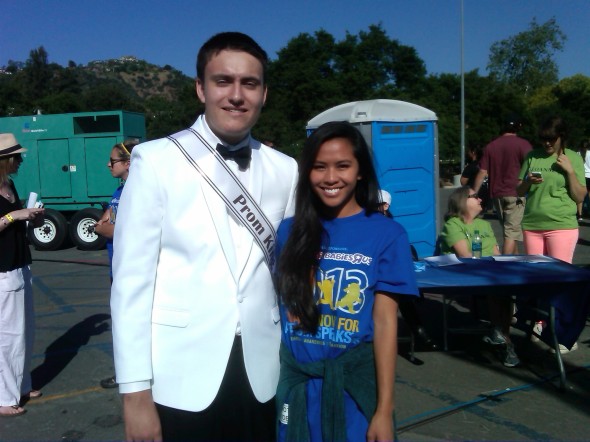 Andrew Gonzalez has been the Help Group’s reigning Prom King for almost a year!  He was voted in by his classmates for his stellar attendance and positive attitude.

Overall, this year’s Walk Now was a success, raising 1.8 million dollars on the day of the event alone!  However, it’s bittersweet to see such a great turn out.  To realize that so many families of different backgrounds are affected by this disorder can be disheartening; but to feel the support from absolute strangers experiencing the same obstacles is comforting.